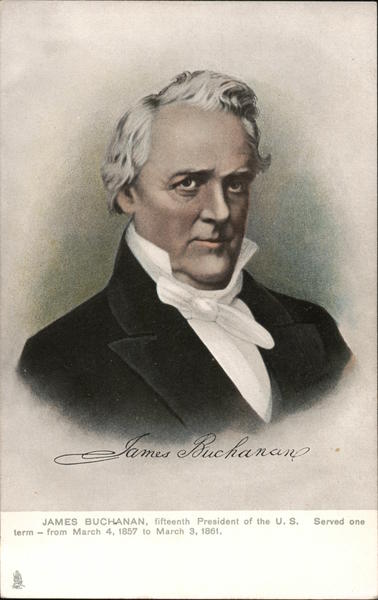 Back:
POST CARD. RUSTIC SERIES TRADE MARK THE ADDRESS TO BE WRITTEN ON THIS SIDE. Raphael Tuck & Sons' Post Card Series No 2328, "Presidents of the United Subs ART PUBLISHERS TO THEIR MAJESTES THE KING AND QUEEN, JAMES BUCHANAN was born in Franklin Co., Pennsylvania on April 23, 1791. He was the candidate of the Deniocratic party and pro-slavery and received 174 electoral votes while his anti-slavery opponent received 114. His ad- ministration was a stormy one owing to the agitation of the slavery question. He died June 1, 1868. Printed in Germany