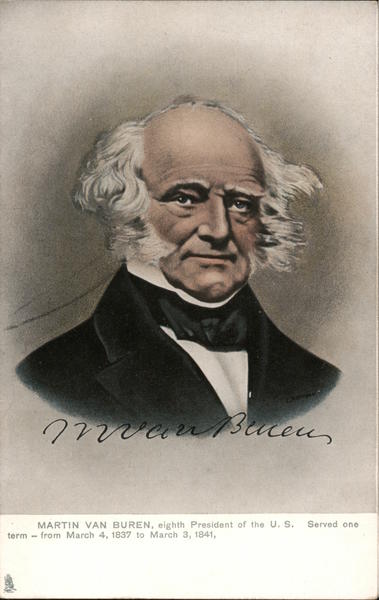 Back:
POST CARD. ARTISTIC SERIES TRADE MARK THE ADDRESS TO BE WRITTEN ON THIS SIDE. Raphael Tuck & Sons' Post Card Series NO 2328, “Presidents of the United States." ART PUBLISHERS TO THEIR MAJESTIES THE KING AND QUEEN. MARTIN VAN BUREN was born in a small town on the banks of the Hudson River on Dec. 5, 1782. He was nominated by the Democratic party and elected by a handsome majority. A financial panic, unprecedented in its disastrous results, swept the country during his administration. He died July 24, 1862. a hand ountry durinunprecedented in Printed in Germany