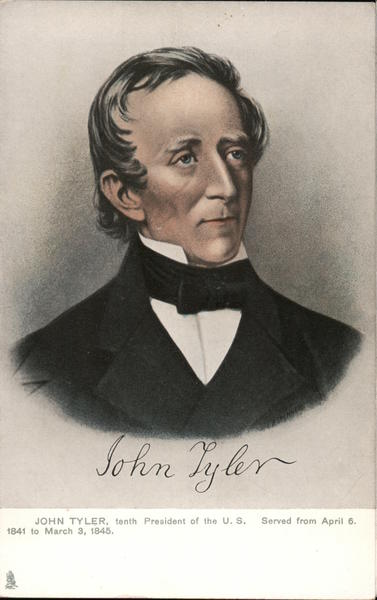 Back:
POST CARD. ARTISTIC SERIES TRADE MARK THE ADDRESS TO BE WRITTEN ON THIS SIDE. Raphael Tuck & Sons' Post Card Series NO 2328, "Presidents of the United States." PUBLISHERS TO THEIR MAJESTIES THE KING AND QUEEN, JOHN TYLER was born in Charles City Co., Virginia on March 29, 1790. Although a Democrat, he was elected Vice-President with Harrison, and upon the death of the latter one month after assuming office, he served out the term as President. While a member of the Congress of the Confederate States during the Civil War, he died at Richmond, Va. Jan. 17, 1862. Printed in Germany