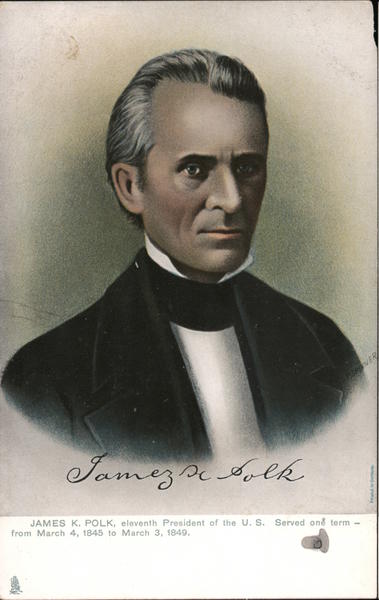 Back:
POST CARD. ARTISTIC SERIES TRADEMARK THE ADDRESS TO BE WRITTEN ON THIS SIDE. Yves Raphael Tuck & Sons' Post Card Series NO 2328, "Presidents of the United States." ART PUBLISHERS TO THEIR MAJESTIES THE KING AND QUEEN, JAMES K. POLK was born in Mecklenburg Co., North Carolina on Nov. 2, 1795. He was nominated by the Democratic party and elected by a majority in the popular vote of about 40,000. The Mexican War occurred during his administration. He died June 15, 1849.