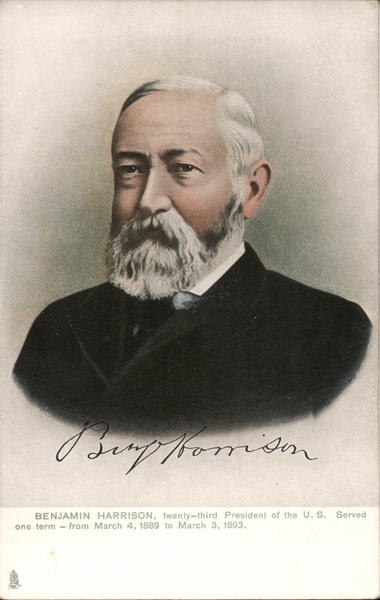 Back:
POST CARD. ARTISTIC SERIES TRADE MARK THE ADDRESS TO BE WRITTEN ON THIS SIDE. Raphael Tuck & Sons' Post Card Series NO 2328, "Presidents of the United States." ART PUBLISHERS TO THEIR MAJESTIES THE KING AND QUEEN, BENJAMIN HARRISON was born at North Bend, Ohio on Aug. 20, 1833. He was the nominee of the Republican party and served as President during the four years intervening between Cleveland's two terms. He died March 13, 1901. Printed in Germany,