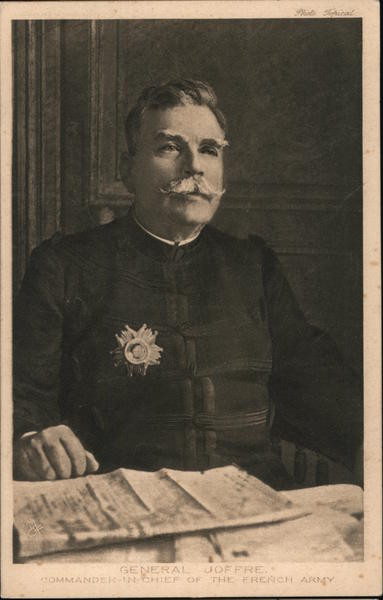 Back:
279 yoo Rapla Hest2 The European War, 1914 Notabilities. Raphael Tuck & Sons' “' Photogravure" Postcarı. No. 4317. Series V. ART PUBLISHERS TO THEIR MAJESTIES THE KING & QUEEN CARTE POSTALE. By Appointment. General Joffre, Commander-in-Chief of (FOE ADDRR$$ ONLY.) the French Army, is, in the words of General Pau, "a great builder of forts, a man to endure all weathers and all possible hardships, and to communicate energy to troops ; not a man to be depressed by reversés. or made tipsy by success. His wide knowledge, unrelenting determination, and his talent for organisation, have won him the name of the French Kitchener.'