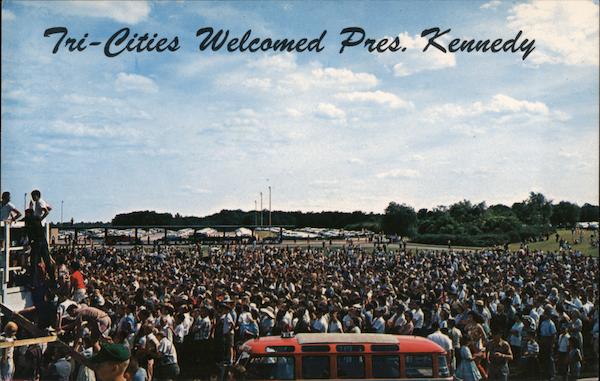 Back:
The late President John F. Kennedy's arrival at Muscle Shoals is being awaited several hours prior to his landing by this crowd. From all over North Alabama dignitaries and officials came, including Gov. George C. Wallace. On this visit the President also visited Huntsville and Redstone Arsenal. Pres. Kennedy has been called the "Second Lincoln”. Color by Hub Gardner 70942