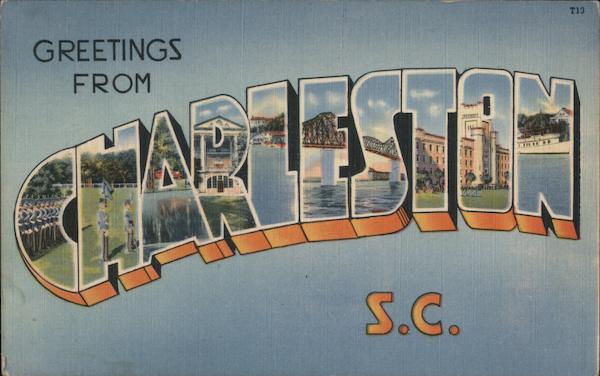 Back:
Charleston is more than 268 years old. It was founded in 1670 by a group of English colonists under grant by Charles II, in whose honor the settlement was named. It is the county seat of Charleston County, has a population of 68,000, and has been a world port since its earliest be- ginnings. The climate is delightful the whole year round it is a city every American should see. 64883 PUB. BY F. J. MARTSCHINK CO. MADE IN U. S. A