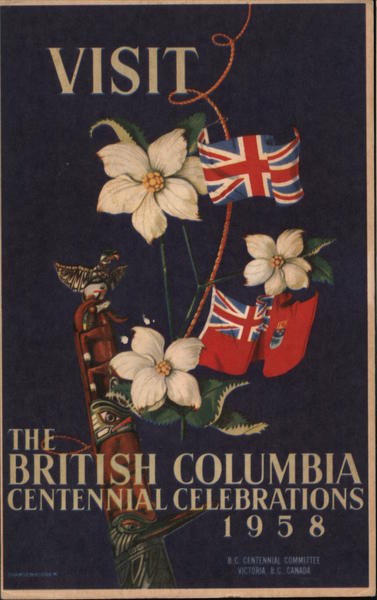 Back:
BRITISH COLUMBIA 1858 - 1958 A Century to Celebrate The Province of British Columbia, was founded at Fort Langley by Sir James Douglas on November 19th, 1858. The people of B.C. are holding a year-long 100th birthday party in 1958 to celebrate their centenary. Pageants, festivals, gold rush jamborees and spectacular sporting attractions will take place in all parts of the Province. There's entertainment for everyone at B.C.'s Centennial Celebrations. Litho'd in Canada