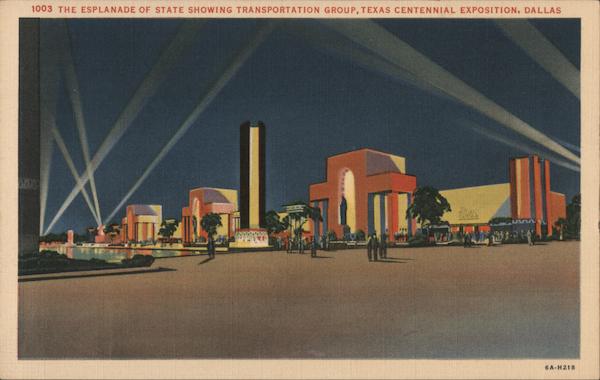 Back:
Reflection Basin, 700 feet long, in the center of the Esplanade of State, the feature picture of the Texas Centennial Exposition is shown in the fore- ground. It is flanked on the north side by the Transportation Group, on the south by the Varied Industries, Electrical and Communication Group and terminates at the Court of Honor at the State of Texas Building. JOHN SIRIGO, OFFICIAL PHOTOGRAPHER, TEXAS CENTENNIAL EXPOSITION, DALLAS "C.T. ART-COLORTONE” Reg. U.S. PAT. OFF. CMIC GO