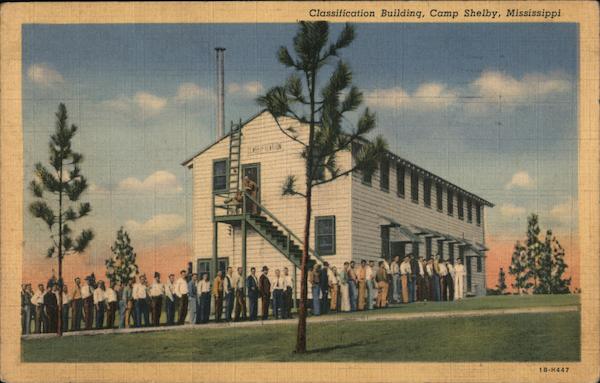 Back:
التهاباد) CAMP SHELBY, MISSISSIPPI Is named for a famed leader of men of Colonial Days, Colonel Isaac Shelby. Createst during the World War days, the camp was named in honor of a fighter who earneck of 10 niche in history's hall by performing valiantly in the Revolutionary War. Camp Shelby- is 2 ON the second largest training camp. Built to ac- commodate 55,000 men. SBURG NE 1942 Hello! wed re a mice time! mes Eddie was here 24204th St. S.W. 7ri. But that akron, Ohio ivas all we saw of him. He looks EvarEleanor