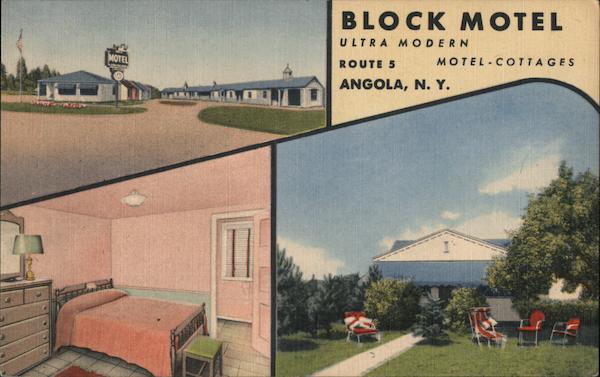 Back:
BLOCK MOTEL Office Phone: Angola 522R The Block Motel located on the Lake Shore Highway Route 5 at Angola, N. Y., consists of twenty-eight colorful units, motel and cottages. Air-Conditioned. Many facilities to serve the most discriminating guests. Every effort has been made to please you after a long day's drive. Only three minutes drive is Evans Beach, one of the finest Sandy Lake Beaches in Western New York. 5C-H36