Greetings from Cheyenne, Wyo. - The Crossroads of the Nation 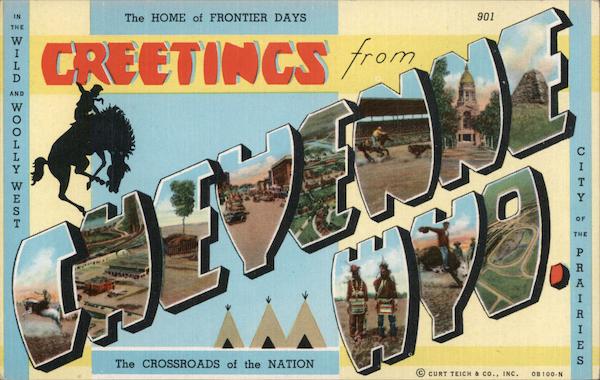 Back:
16oo Cheyenne, one of America's important trans- continental points, lies midway between the north and south borders where the Rockies are crossed more easily than at any other point. It has been the travel route from the days of the Indians on. After them came the trappers and frontiersmen, then the Overland Trail and the Pony Express, then the first transcontinental railroad, followed by the Lincoln Highway, the first coast to coast auto route, and then by the ocean to ocean air lines. SANBORN SOUVENIR CO., DENVER, COLO.