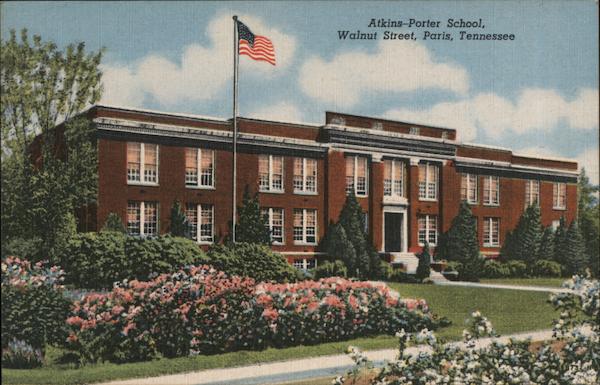 Back:
Atkins-Porter School was named for the late -- J. D. C. Atkins (Member of the Confederate u Congress) and the late James Davis Porter, 6 Governor of Tennessee, 1874-78. Both were promi- nent and outstanding citizens of Paris. The building was first occupied in 1915. An east addition was completed in 1924, and a west portion was dedicated in 1926. An additional east wing has been added (1950), since this pic- ture was made. THOMPSON'S COMMUNITY SERVICE, 1220 CHICKASAW, PARIS, TENNESSEE