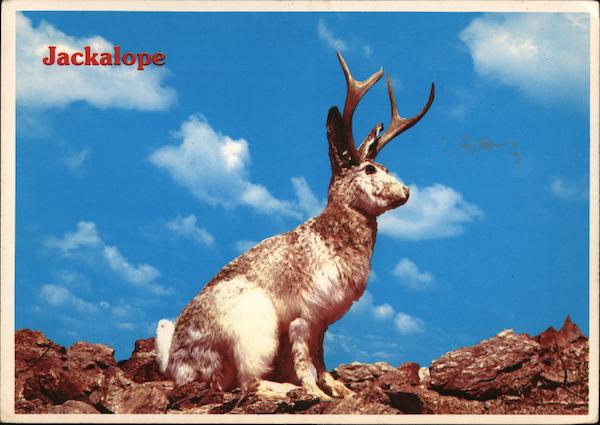 Back:
Piley Frameables X115635 WILD JACKALOPE Also often called the Antelabbit, this, the most amazing of all desert animals is reputed to be a cross between a Jack Rabbit and an Antelope. Rumor has it that the Jackalope sings at night in a voice that sounds almost human. Distributed by Petley Studios, 4051 E. Van Buren, Phoenix, Arizona 85008 © Plastichrome