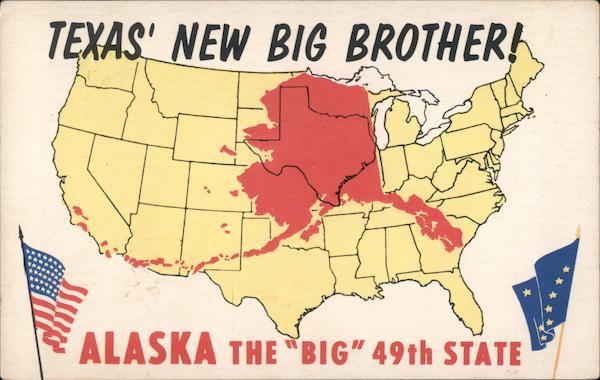 Back:
P44950 MOVE OVER, TEXAS, and make way for the big- gest State of all! Discovered and colonized by the Russians in 1741 and purchased by the United States in 1867 for $7,200,600, the new-born state has been petitioning for admission to the Union since 1916. Final recognition was granted by the Senate on June 30, 1958. Alaska covers 586,400 square miles, more than twice as many as Texas, and its coastline exceeds the combined coastlines of the entire United States. le Joe Huber, Anchorage, Alaska by COLOURPICTURE PUBLISHERS, INC., Boston Mass., 4 ALASKA JOE original