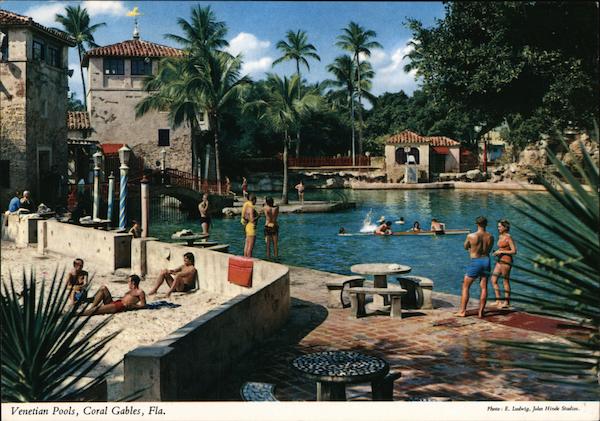 2CX72 JOHN HINDE FIRST ORIGINAL CLASS POSTAGE POST CARD VENETIAN POOLS has been called the world's most beautiful swimming pool. Of Olympic size it holds 810,000 gallons of fresh water which is changed daily. It was built on the site of an old coral rock quarry, from which rock was used in constructing many of the early homes in the Gables. It is old Spanish architecture at its best, and the grottos, cascades and coral rock towers all blend in with the ancient hand-made tile roof. Printed by John Hinde Limited, Cabinteely, Co. Dublin, Republic of Ireland. SOUTHERN FLORIDA Produced and