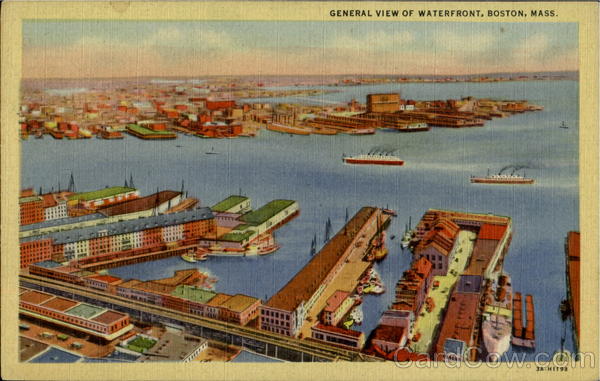 Back:
GENERAL VIEW OF WATERFRONT, BOSTON, MASS. Boston is one of the largest seaports on the Atlantic Coast. It is one day nearer Europe than any other port. Most of the Transatlantic 'n steamers touch Boston before entering New -York. The waterfront district still retains some of its picturesque aspects of early days. THE UNION NEWS CO. Willo