Man's First Walk on the Moon 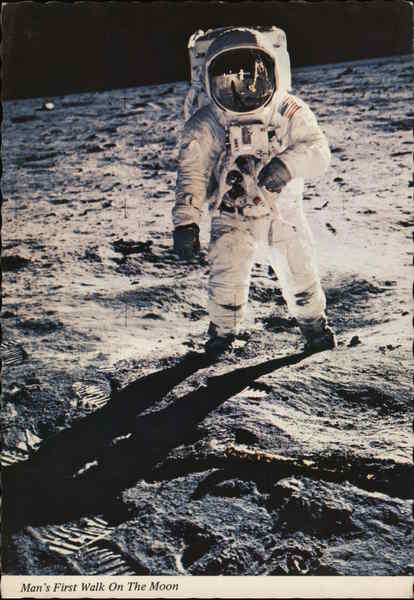 Back:
APOLLO APOLLO 11 MOON LANDING - July 20, 1969 Edwin E. Aldrin, Jr., LM pilot, walking on the moon. The knees of his pressure suit are smudged with moon dirt. Reflected in his golden-faced visor are the white outlines of Neil A. Armstrong, Com- mander, the landing craft, Eagle, the American Flag and one of the scientific experiments they set up. Their footprints are visible in the foreground. FROM OFFICIAL NASA FILM CC25908 COLOR BY MIKE ROBERTS BERKELEY, CALIF. 94710