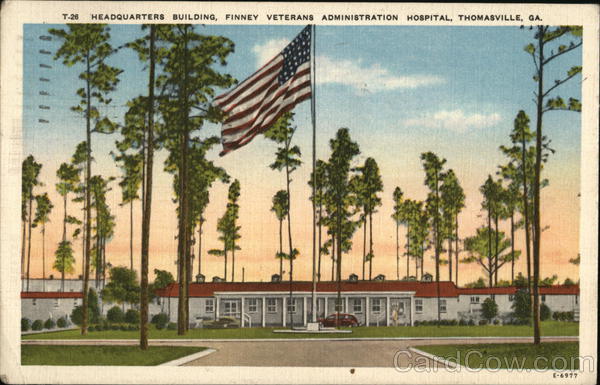 Back:
UNICU GTATEC Thomasville, situated on a ridge 273 feet above sea level, in southwest Georgia is only 50 miles from the Gulf of Mexico. This city enjoys the distinction of being quite a health resort, as many people have di Where to regain their health. In keeping with this reputation the United States erected Finney General Hospital dar- ing World War II. Thousands of Militaty personel were sent here to recuperate from illness and injyes is now being operated as a Veterans Administratien Hos- pital. 1989-1993 Okla. City warm 23 March? arvery day. Sp several hours at the clinic the rest with Glen. Visited a strange Methodist group this evening at the Minity leaming for home tomonow. Mus. 7.7. Dichason 1473 Beall are Wooster chis مسند Chas.