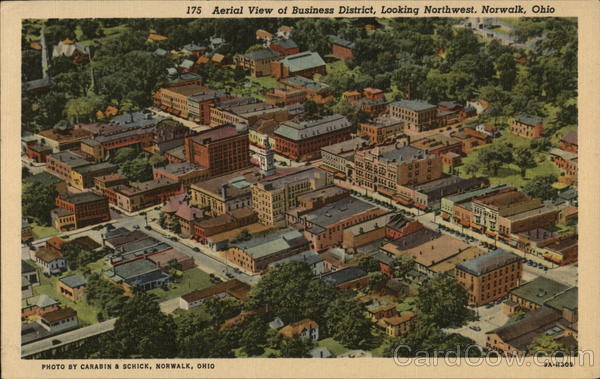 Back:
NORWALK, OHIO 17 Miles South of Sandusky, Ohio On United States Highway Route #20 and Ohio State Routes #13, 18, and 61. County seat of Huron County. One of the most in- i teresting cities in the Firelands area. It was - founded by Platt Benedict of Connecticut and still maintains an atmosphere of New England. Norwalk is rich in historical lore. President Hayes and General McPherson were among the famous Americans who attended school here. Thomas A. Edison's birthplace three miles north of here at Milan, Ohio, is visited annually by thousands of people. DISTRIBUTED BY RICH-HOLT Co., SANDUSKY, OHIO GENUINE CURTEICH-CHICAGO