Re-Enactment Of The Battle Of New Market 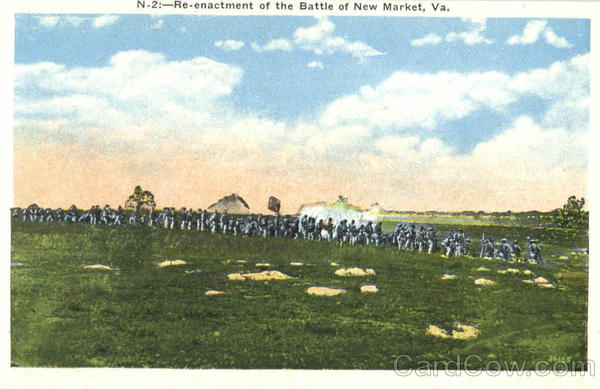 Back:
Place the Stamphere THE BATTLE OF NEW MARKET was fought between 5,500 Union Troops under Gen. Franz Sigel and 4,500 Confederates under Gen. John C. Ż Breckinridge. The Confederates made their attack from Shirley's Hill, sweeping thru and around both sides of New Market with the V. M. I. cadet battalion in the second line of battle. These cadets, mere boys, won immortal fame and glory for their bravery and gallantry, and for their part in the vic- tory against greater numbers. Of the 221 cadets in the battalion, 8 were killed and 46 wounded. Jand Island Possessions Cuba, Canada and <<