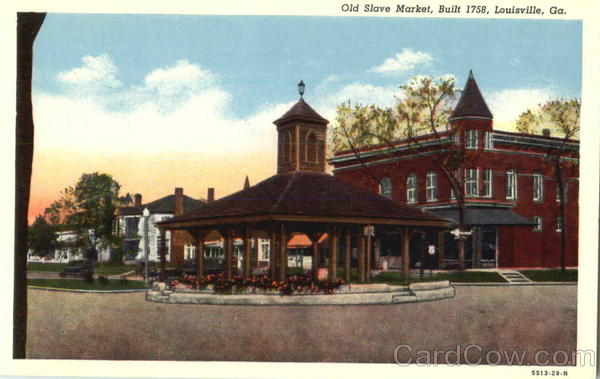 Back:
SLAVE MARKET Built in 1758. the only Slave Market in America is pictured on the reverse side. This old structure was built of "Iron Wood" at the junction of three important high ways, and the vi present timbers are original. The bell hanging s in this market and shown in the picture was cast for a French Convent in New Orleans captured by Pirates on the way over to this country Pirates were later captured and brought into Savannah, and the bell hung in the state capitol – then located in Louisville. LOUISVILLE DRUG CO., LOUISVILLE, GA.