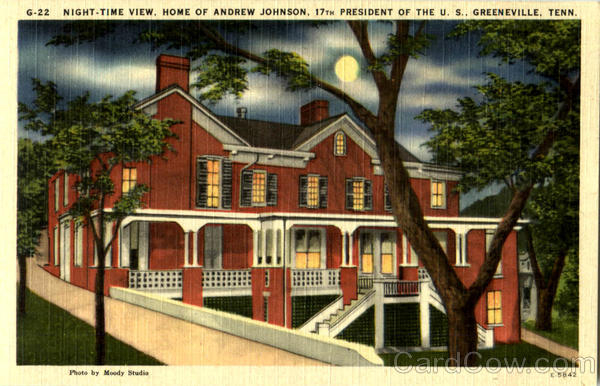 Back:
Andrew Johnson was born in 1808 in North Carolina and died in 1875 in Carter County, Tenn., where he had gone to visit a daughter. His body was removed to his home at Greene- ville and, because of his oft repeated request, was wrapped in the flag of his country for burial. His burial plot and about 15 acres sur- rounding it was acquired by the United States Government and is now known as the Andrew Johnson National Cemetery. He was the 17th president of the U.S.A.