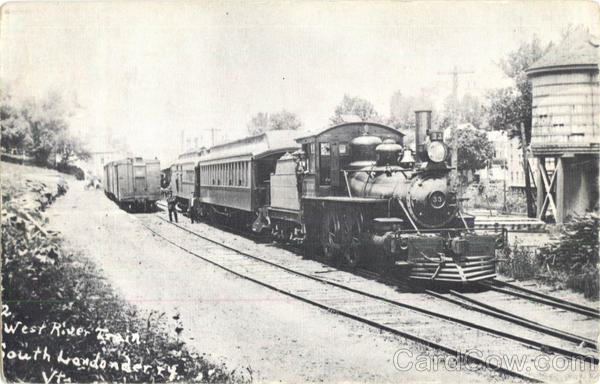 Back:
6- © 1968 The Stephen Greene Press, Brattleboro, Vermont 05301 West River Railroad No. 33 leaves South Lon- donderry, Vt., for Brattleboro. The station lies behind the train, and the enginehouse to the right of the water tower. The tank was later destroyed in a roundhouse fire, was not replaced, and on subsequent trips the crew formed a bucket brig- ade to fill the boiler by hand. An illustration from 36 MILES OF TROUBLE by Victor Morse from the Shortline RR Series published by The Stephen Greene Press. Photo credit: Lewis R. Brown, Inc.