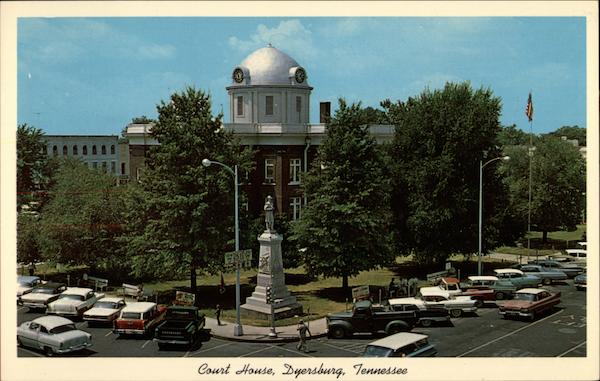 Back:
Hir DYER COUNTY was established in the year of 1823. It was named in honor of Colonel Robert Henry Dyer, who served valiantly under General Andrew Jackson, in the Natchez Expedition, the Creek War, War of 1812, including the decisive Battle of New Orleans, and the Seminole War of 1818. Dyersburg is the County Seat of Dyer County. The city of NEWBERN is the next largest trade center of Dyer County. COLOR BY L. D. THOMPSON A. PAT. OFF.) (REG. U. S. A. 2DK-1920 CHICKASAW, PARIS, TENNESSEE THOMPSON'S COMMUNITY SERVICE, 1220 CHI CURTEICHCOLOR® 3-D NATURAL COLOR REPRODUCTION