One of the Thatched Roof Huts Reconstructed in Fort Raleigh 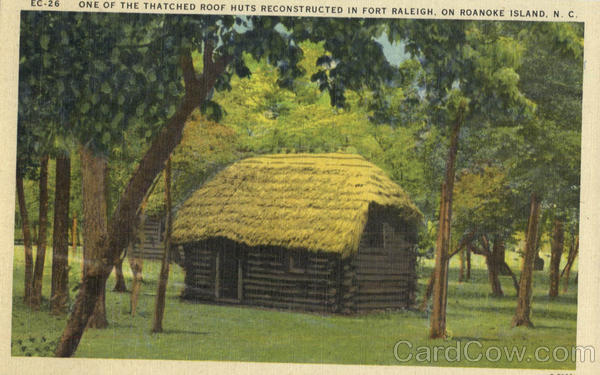 Back:
In 1587 the first English colony in America was founded on Roanoke Island, which at that time was a part of Virginia, but is now in North Carolina. It is the birthplace of Virginia Dare, the first white child born in America. The fate of these colonists still remains a mystery, for it is unknown whether they were exter- minated by the Spaniards, massacred by the Indians, or what happened to them. The fort of "The Lost Colony" has been restored as it is thought to have been over 350 years ago.