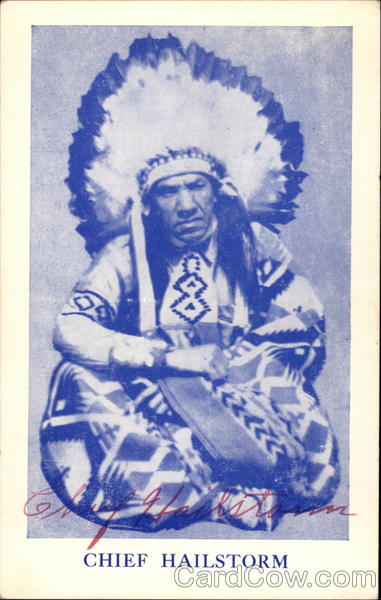 Back:
20 CHIEF HAILSTORM 2 & Stamp Known as The Globe Trotting Cherokee, Started out with Buf- falo Bill as a young. ster. Also worked with Irwin Brothers of Cheyenne, Wyoming, and Miller Brothers 101 Wild West Shows of Oklahoma. Worked in the Movies with Tom Mix in 1914 and 1915. Toured the United States and the world in Vaudeville. Now giving educational lectures on the life and habits of the American In- dians in Public and Private Schools.