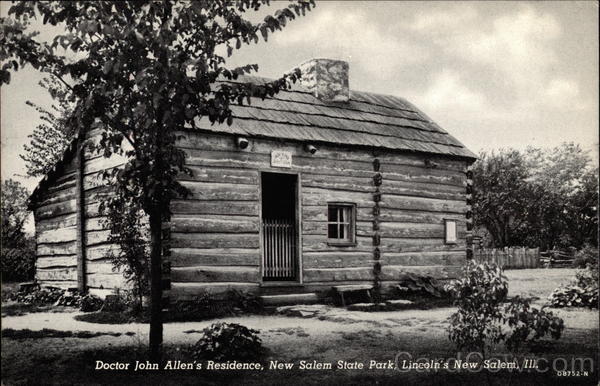 Back:
DR. JOHN ALLEN CABIN Doctor John Allen came to New Salem in 1830. In 1833 he built a three-room log re- sidence and on March 27, 1934, married Mary E. Moore. Because of his extensive practice, he became one of New Salem's most prosper- ous citizens. He was a devout Presbyterian and established the village's first Sunday School and Temperance Society in his house. Historic New Salem State Park is located near Petersburg on Highways 97 and 123 about 17 miles northwest of Springfield, Illinois. IRA E. OWEN, THE WAGON WHEEL INN, PETERSBURG, ILL.