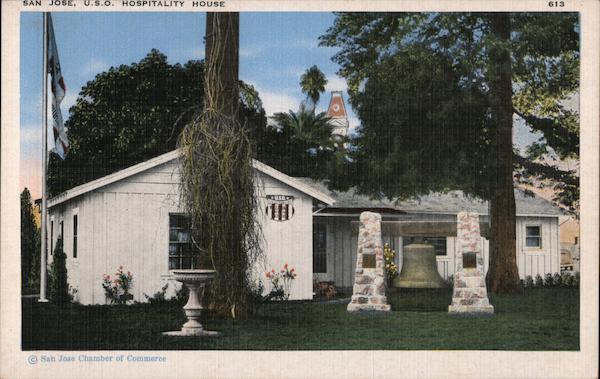 Back:
SAN JOSE U. S. O. HOSPITALITY HOUSE San Jose's U. S. O. Hospitality House, a typical California Spanish bungalow occupying = a prominent site in the City Plaza, is "hospitality headquarters” for all those in the armed forces. The House, built in one day—August 16, 1941 -by trade union craftsmen, donating their ser- vices, from material donated by local building supply firms has proved to be "A Home Away from Home” for thousands of men in uniform. --PUB. BY SAN JOSE CHAMBER OF COMMERCE, SAN JOSE, CALIFORNIA-