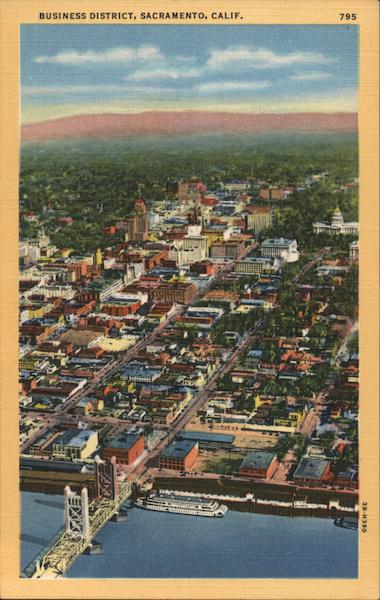 Back:
Sacramento, the Capital City, is the sixth city in size in California and the largest in- land city on the Pacific Coast. It ranks as one of the leading commercial centers of the West, being located in the midst of one of the richest mining, lumbering and agricultural re. gions. The shipping facilities of the Sacra- mento River, places Sacramento on an equal basis with all other Pacific Coast ports. STANLEY A. PILTZ COMPANY, SAN FRANCISCO, CALIF. - Pictorial Wonderland" 795