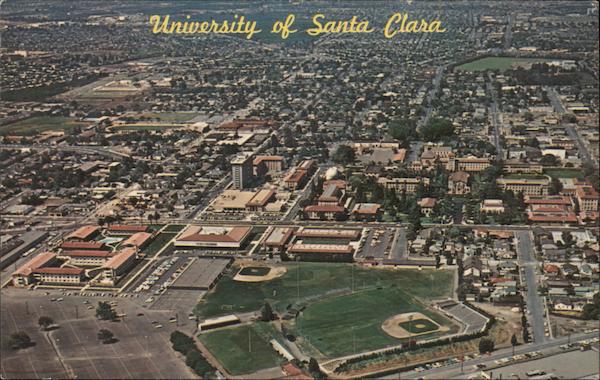 Back:
SANTA CLARA UNIVERSITY Santa Clara, California The University of Santa Clara is the oldest institu- tion of higher learning in California. Founded as a college in 1851, Santa Clara's educational tradition is co-existent not only with the State of California, but with the United States as well. For Mission Santa Clara, of which the University is heir, was founded in 1777, as the eighth of the chain of twenty-one Franciscan missions established along the route of El Camino Real. PLACE STAMP HERE Post Card Smith Novelty Co., 460-9th St., San Francisco, Calif. 94103 24989-C MADE BY DEXTER PRESS, INC. WEST NYACK, NEW YORK