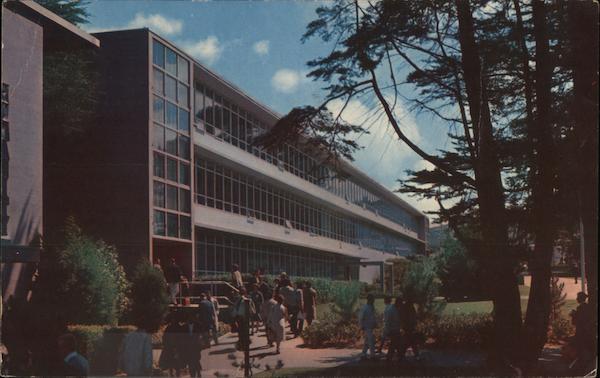 COLOA JATURA HUMANITIES, LANGUAGE AND LITERATURE BUILD- ING ... Close by one of the city's principal thoroughfares is the glass-panelled Humanities, Language and Literature Building. It houses instruction in areas for which San Francisco State Coilege has become widely known and which have contributed to its enrollment of some 15,000 students., Mike Roberts Harry S. Truman BERKELEY 2, CALIF. USA 200 Hert dimer & shopping Do you recoge the card? I gota long letter from. Robert & wife, Tornlinson. Lurerne, m.nn. 1115 San Ramon Valleby Blue Hazel has really got Boggys se bad will need to move her Danusle was the rest home, I tell a PT Peter was Napa in Minnesota I don't mean that where she will go te put, I feel sorry for Dienna she try so hard to work thanks out SC8260–Photo courtesy of Joseph Diaz even Mänteisena turbing her to emaiting to break in minal ??? E. F. Clements, 85 Bluxome St., San Francisco 7, Calif. ) دوو من