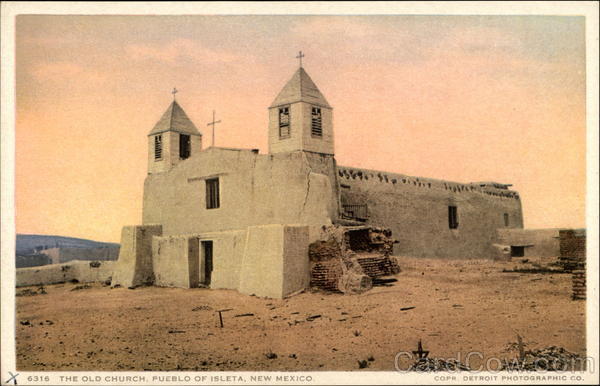 Back:
REO TALDE MARK REG U S. PAT OFF, Friol "PHOSTINT” ARVEY) made ONLY BY DETROIT PUBLISHING CO. When Coronado came to New Mexico with his soldiers he found a resident people of frugal and industrious habits, civilized in a way, who tilled the soil and dwelt in great houses made of stone and sun-dried mud. The Spanish word “pue- blo” means a village or a people, and these na- tives, as well as their curious houses, have ever since been generally known by the name casually applied to them by their Spanish discoverers. THIS SPACE MAY BE USED FOR MESSAGE Xixx