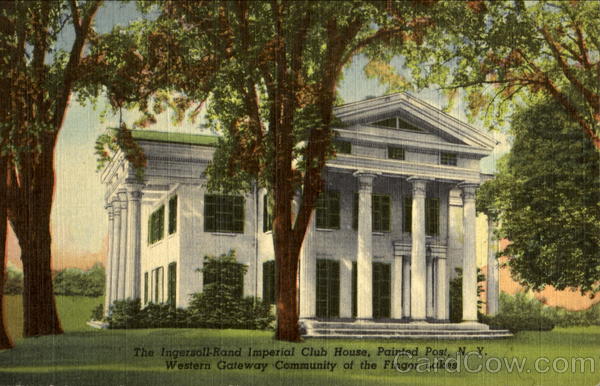 Back:
The Ingersoll-Rand Imperial Club House is located in the Indian historical community of Painted Post, N. Y. It is the former William Irwin Mansion and it was constructed during the years of 1850, 51, 52 and 53. In 1912, the historical mansion was pur- chased by the Ingersoll-Rand interests as recreation center for employees. It is now a social center of the community. OC-H1290 ARTHUR H. RICHARDS, WATKINS GLEN, N. Y.